Happy Halloween 2020 everyone. Now is the winter of our collapsing health service. Brits grit our teeth for covid-19’s second surge (flu season, cold weather, schools back, universities back, continued incompetency and contemptuous scapegoating from Boris Johnson).

However I am relatively cheerful as I love Halloween. I love watching seventies and eighties horror films under a blanket after a nice walk in the autumnal air, and love carving pumpkins. Anjelica Houston as the Grand High Witch in the Roald Dahl / Nic Roeg / Jim Henson puppetry masterpiece, The Witches is one of my faves for this time of year (along with The Exorcist, which I find strangely comforting). Anjelica picked The Witches as her personal career highlight: “It’s all about what I look like, and strangely The Witches is one of the movies I think I look well in. I really liked being that Witch.”

I’m not surprised she liked it. She does indeed look well, having immense fun stalking around Newquay’s Headland Hotel in glossy red lips, razor sharp black bob, black cocktail dresses, massive black and purple silk wrap, and elbow length gloves. (She also looks incredible when the mask is peeled off.) It’s a wonderful camp performance, orders and insults barked left right and centre in a Monty Python villain’s German accent.
“Vitches! You may remove your shoes.You may remove your vigs.”
“Ze doors! Are zey locked and bolded?”
“Bad cat, Liebchen.”

I love how visibly turned on she gets while waiting for poor old Bruno to start turning into a mouse.

The film passes the Bechdel-Wallace test with flying colours, and it’s one of my faves. It’s just a shame that so often films with majority female characters are about evil bitches and witches.

There are great references to smell throughout. Luke’s grandma warns him that witches can smell children from far away: “To me you smell of raspberries and cream. But to a witch, you would smell absolutely disgusting. Like …dog’s droppings.”

The child-mouse-conversion-potion Formula 86 comes in a dinky dark purple Victorian looking glass stoppered bottle, and looks just like a powerful vintage fragrance from a dusty apothecary shop. Surely this bottle is crying out to be recreated for a special edition Halloween release of Christian Dior’s Poison, or Lolita Lempicka? Understandably, a hotel maid thinks it is posh perfume and nicks some while cleaning Angelica Houston’s room, hoping to smell sexy for her assignation with Mr Bean the hotel manager later on. (It makes grey fur start growing on her neck).

The fragrance I would choose for the Grand High Witch is Paloma Picasso’s Mon Parfum, an assertive, authoritative, faintly sinister rose-chypre number from 1985. It would suit her perfectly, giving off little seductive evil wafts down hotel corridors.

I found Mon Parfum a bit of an addictive shape-shifter, couldn’t work out what I made of it, but it captured my imagination and having lost my tester, I think I’ll buy some. It’s affordable and still around, going for about £20 for 30ml. Sometimes I felt it started with a weird leatheriness, sometimes I could really feel a soft powdery romantic rose coming through immediately. As it settles, there is the strange, warm, honeyed but slightly wrong, animal-like undercurrent, which is the most interesting feature.

Perfume note listings are something I still struggle to make sense of. Most perfumes don’t list their contents, as they are trade secrets. You can gather lists of top heart and base notes from the perfume directory sites like fragrantica and basenotes, but they often contradict each other. I also can’t tell where these note lists come from: is it just crowd sourced votes for notes that fans can detect, or do they come from a definitive source? And do they refer to synthetic aroma-chemicals or the natural real deal ingredients:

Either way, the base is loaded with those intense, husky items – civet, castoreum, musk from the animal kingdom and powerful dry oakmoss and vetiver.

Paloma is Picasso’s daughter, a jewellery designer renowned for her precise sense of personal style. I appreciate the bluntness of her approach; one perfume, “mon parfum’; one lipstick shade, “mon rouge”, she only wears red and black, ‘these are the colours and smell that suits me, JOB DONE. Now buy some please.”

I was pleased to spot the similarity between Paloma’s 1984 advert, and Penélope Cruz in Pedro Almodóvar’s Volver poster in 2006. Black, red, gold bling, intense españolas with vibrant lips, fabulous arched eyebrows and smudgy kohl eyes, even the ripped paper effect matches. Though disappointingly the white version of the perfume bottle looks exactly like a fried egg.

Black, red and gold is fab and always works. It is however quite a harsh combination and hard to pull off unless you and are in the right flamboyant chica de almodovar mood.

Almodóvar is another stylish Spanish national treasure obsessed with the visual punch of red. I’ve been watching his films for getting on twenty years now, from watching the bonkers chase scenes of Mujeres al Borde de un Ataque de Nervios on video with my friend Lucy at university, to being traumatised by La Piel en que Vivo at the Ritzy in Brixton (not his best). He doesn’t always get it right but when he’s on form the films are absorbing and visually mouthwatering. 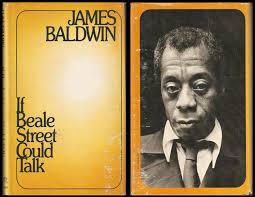